Friday Night was the club presentation night, a great time was had by all thanks to Jackie Keasley, Ian Landucci, Donna Geer and Chris Igoe for all the work setting the night up.

Helsby members were parkrunning throughout the North West and and also a guest appearance in London from a travelling Davyd Michell. Highlights include a first place for Col Thompson and a first lady for Jo Lacking both at Phoenix Park.

Full, consolidated results for the club are below.

On to the racing….

Shan McCarthy sent in this report from Bath Half Marathon.

I travelled down to beautiful Bath last weekend to run the ‘Bath Half’ with 12,700 other runners, and it lived up to be the brilliant event which I was expecting, a big-atmosphere half marathon, lined with literally constant support even at the parts furthest out from the Start/Finish.

The race starts and finishes on the stunning Great Pulteney Street, and straddles both sides of the River Avon. The course is, according to the IAAF course measurer, ‘Flat with three undulations’. For someone who doesn’t really ‘do’ hills, I was relieved that the undulations were fairly kind and lined with jelly babies and hundreds of enthusiastic supporters.

The first mile of gentle downhill from the Start makes you feel invincible and tempts you to go out way too fast, but later turns into a seemingly endless gradual crawl uphill to the Finish. I expected to need my playlist to get me through the tough times but thanks to the fantastic atmosphere, the Aftershokz were largely redundant though it seems I did accidentally ‘last number redial’ the dentist in Frodsham who thankfully didn’t answer with it being Sunday. I had thought it being a two-lap race would be a bit mentally challenging, but instead I was happy to revisit the 8 or so bands which added to the buzzing atmosphere, and the added bonus was seeing the Elite runners in action. Good to see the male winner was a Northern lad, Ben Fish (Blackburn Harriers – 1:05:16) Perfect running conditions despite incorrect forecast of hours of rain. 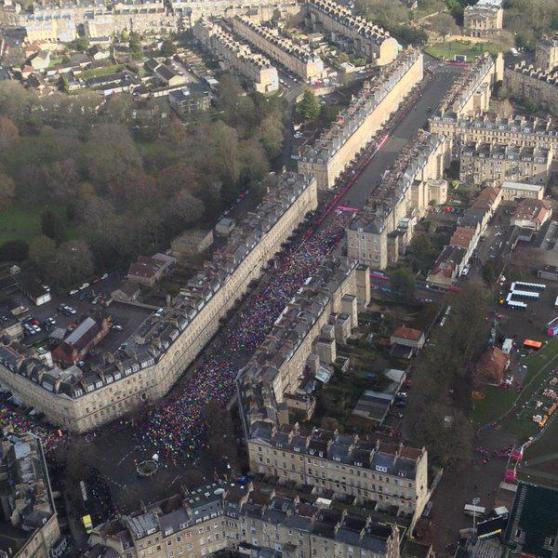 Nice medal, tech Tshirt, lots of goodies at the end… Shared a video on my FB wall for anyone considering taking part. Many inspiring and tearjerking causes being run for, and a fabulous £2.2 million plus raised for charities. Managed an 8 or 9 minute improvement on my last half with 2:13. If you do travel down to do this one day, don’t do what I did… miss the signs outside several of the pubs/bars close to the Abbey which offered a free drink to all Bath Half finishers

Danielle Ryder journeyed to Barcelona for the Marathon.

I ran the Barcelona Marathon on Sunday as part of a 30+ group from work, so unfortunately the Helsby vest did not make an appearance and instead we wore matching fluorescent yellow INEOS branding so that the film crew could spot us on the way round! It was my first major city marathon with 20k+ runners and I must admit I was impressed at how well organised it was. The route took you past some of the major sites of the city, but  I think I missed a few trying to not fall over the other runners. I can definitely say I am not used to running with so many other people.

So what about the race. I found myself in the queue for the toilets pre-race, and made the bad decision of losing my bottle with 5minutes before the start and leaving the queue! Not the best idea when the people who I was in the queue with walked past me before I had started! Lesson learnt! So with this in mind, I was stood the the start line dying for a wee. I lasted 2km before spotting a cafe with a toilet sign on the back wall and running in and shouting at the waitress asking if I could use the toilet, obviously with no intention of not using it if she had said no. So with these fun and games to start, I set off too quick and went against the advice I had given some of my work colleagues before the start who were running there first ever marathons, and for some mad reason thought, lets see how long I can hold the pace. The first half went brilliantly and even up to 30km I was feeling good but it was the last 12km I started to struggle and slow slightly. The support along the route was amazing with no empty roads and lots of bands and dancers regularly down the route.

The amount of people racing and pushing disabled people was amazing and made me man up on numerous occasions. This combined with Batman wearing all black and running in Crocs and a guy running with a huge Eiffel Tower frame on his shoulders made me think i had it easy just dragging myself around. The weather was in the high teens and definitely felt warmer than I was used to but we were defiantly lucky it was overcast. It was humid but at least I wasn’t getting sunburnt which had nearly happened on the Saturday. Flash back to Saturday afternoon while eating Paella and staring longingly at the people on the table next to me drinking Sangria! I somehow held strong and avoided the alcohol!

After running past quite a few people collapsed at the side of the road in the final few kms and managing to keep moving up the incline to the finish, I went for the sprint finish to find myself totally boxed in and not able to speed up. Saying this I crossed the line in 3:51:54 with a big PB, knocking 20 minutes off my previous time. I was aiming for 4hrs so I was happy I ran on feel and ignored the watch! Standing at the finish and meeting the others in the group finishing their first ever marathons was brilliant and I had a beaming smile for the next few hours. That was until I stepped on the plane and crammed my legs into the plane seat for an uncomfortable 2 hours.

Overall I think Barcelona Marathon was a brilliant, well organised event and I would recommend it if you like your city marathons. Personally I like the quieter races but I wouldn’t say no to running it again. Oh I forgot to say the course was undulating. . .
Debbie Reed sent in this report from Falesia, Portugal.

On our annual warm weather training at a little place called Falesia on The Algarve of very March, part of the program is a hilly, 3 lap, 5k road race.It attracts all types of runners ranging from high class international to slow plodders. 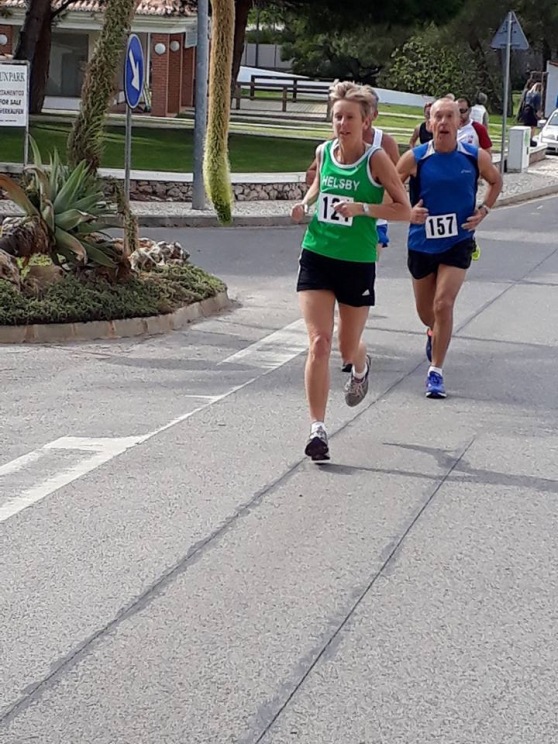 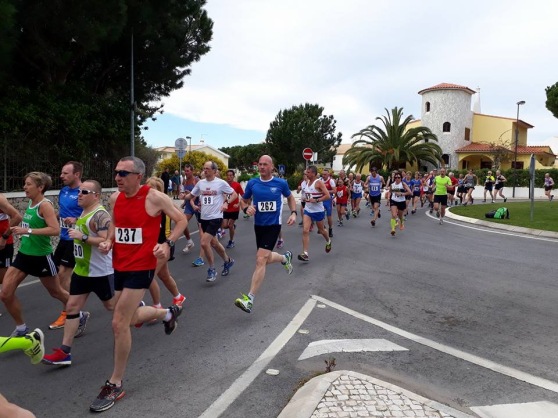 Borders League membership currently numbers 17. Given that 7 races are staged each season, member clubs can be expected to organise a League race every two or three …
To support this we have had an offer from Gavin Lightwood of UK Athletics to deliver a Race Directors Training Course. Please see the attached Course Program.
The cost of the course is £50 per candidate, but if we get 10 or more, then the fee will drop to £40. Maximum numbers per course is 30.
We Borders League Committee have also agreed that we will use money from our BL account to subsidise each candidate 50% of the cost i.e. reducing this fee to £20 for this course. (if we get more than 10)

At this stage we are sounding the interest.
We have no course dates, but assuming we get a positive “buy-in” the course is likely to be held at Trafford AC Clubhouse in Manchester and on a Saturday.

Please sound this proposal with your Club Officials/Helpers/Runners and only 1 Representative per club reply to me with the numbers that you would expect to “buy-in” with. To allow sufficient discussion I’ll close my survey on Sunday 19th March (- or earlier if all clubs have replied).

As the next couple of weeks go I’ll work towards screwing-down proposed dates and venue.