Welcome to this week’s round-up. It was a very busy weekend of racing for the Green Army, it’s great to see so many of you out and about racing. Before the news Jackie has sent in a quick reminder regarding the Sport Relief Fun Run… 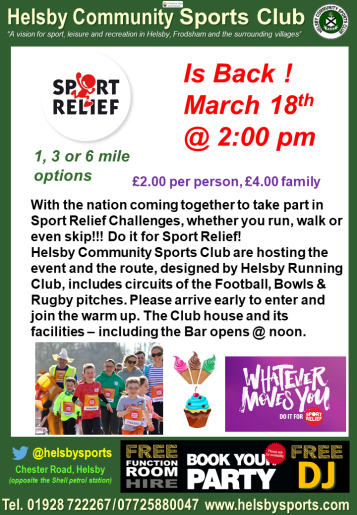 It’s for all ages and abilities so come along and join the fun & raise money for Sport Relief & our nominated local charities (suggestions welcome). Have got a number of volunteers and helpers on the day but for the full set could do with 4 more, please let me know if you can help asap jackiekeasley@btinternet.com

Got up at silly o’clock last Saturday for a short drive to Waverton. Registered and was welcomed by a friendly ‘Green Army’ face – Mr Ben Williams (who was kindly volunteering throughout the day). No fancy dress this time – not for ultras 😉 but made sure that I appeared on the front of starting line for race pics 😎. 6am the race started and I made sure that I held an easy pace, not going off too quickly and dying half way around. The 1st 5/6 miles are run on road and then you join the canal – after this it was basically like playing ‘can you spot an area of ground which isn’t muddy! ‘ I kid you not – it was like cross country but approx 40 miles of it 😲😳.

At approx 25 miles we reached Helsby Hill and I was greeted by Betty and Steve (cheers guys) – great to see you guys. We then headed over to Frodsham Hill and then in Delamere.

The last 10k runs along yet another canal – a muddy canal of course.  At this stage most of us were keen to get the race over and done with – I managed to pass a number of runners and finish in position 57. I actually had to pass the finish line twice, as 1st time around, the official camera wasn’t around 🙄. The reward – ok, the usual t-shirt and a lovely burger and hot drink. Awaiting office results but think my finish time was 10.40 hours. Worth noting that Charlie Sharp smashed the course record by 20 mins – now 7.12 hours #wow . Unlikely Charlie, however, I didn’t fall during the race 😎 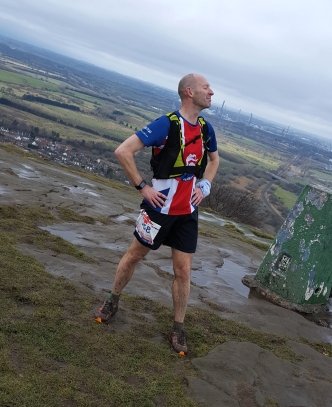 Sunday seen me travel down to Stafford to take part in my marathon warm up race, a 3 lap, 20 miler along the country lanes of Knighton. This race formerly known as the Stafford 20 attracts a lot of people like myself, who are looking for a long distance race which is ideal preparation for our spring marathons, mostly Manchester or London. It was pretty much near perfect running conditions, a bit overcast and nice and cool.

If you haven’t already heard , because I’ve not really talked about it much, I’ve given up drinking since new year, and I am following a 14 week plan and so far so good, not missing one session, and following the high mileage this plans sets you, and I’m reaping the rewards at present, although there are a few downsides but I’ll make up for that come April 8th.

I had heard from a few club members that the course had been moved to a new location but the country roads where pretty much the same and were undulating with some long climbs. The first mile and a half was all down hill, so I set off at my marathon race pace and was happy with the first 3 miles, until I hit the first hill which you could see the top of as well in the distance. It was nothing too bad but a long drawn out climb is in my opinion worse than a short steeper climb. Once over the top, it reminded me a lot of the 4VHM course, lots of ups and downs, but nothing too bad. My pace held on to my average needed and lap 1 ended with a big steep climb back up to the club house and past the car park, the very same car park that after 2 laps of it David Madders thought, nah, I’m going home after passing his car one too many times for his liking a few years back.

Lap 2, more of the same really, held onto the pace quite well, was starting to bank a few seconds on each mile, for them to be clawed back on the climbs, but all along I was thinking if I can do this on this course, then I should be able to hold out on marathon day, as Manchester only has 150ft of elevation on the whole 26.2 miles compared to 700ft on 20 for this course. The last lap seen me overtake 6th, and then 5th who had come to a stop with cramp, finding myself finishing in 4th but 1st MV40 home, earning a nice £25 voucher and a crisp £10 note. My finish time was 2 hours 3 mins and 25 secs. A very enjoyable day out and more importantly it’s now given me the confidence going into the marathon in just under 4 weeks time and I feel full of confidence. I cannot wait to crack open that first beer on 8th April, just hope it’s a PB victory beer.

I attended the loggerheads 10k trail race on Saturday morning and it was good to see fellow Helsby runner Mike Barnard in attendance too. The 10k route was 2 x 5k laps around loggerheads Country Park which involved hills, technical descents and a quite large leg busting stair climb. I have to admit, I found the course challenging – particularly the stair climb which zapped my legs (queue laughs from the fell runners) However it was a lot of fun and catered for all abilities including the option to do a 5k loop and even run with your dog if you wanted. I finished in 17th place overall so could be worse. For me, this race really highlighted the difference in running on trails compared to roads and should serve as a wakeup call if I’m going to have any hope of getting round the Causeway Coast trail ultra in September! 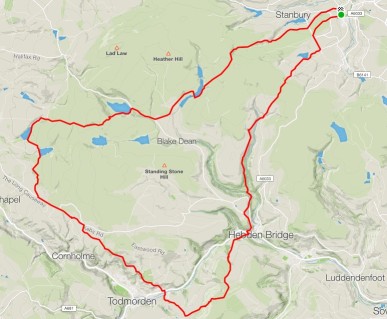 Sandwiched between two beautiful spring days, the unrelenting rain-spray of the M6, M65 en-route to West Yorkshire kind of set the tone for the what was in-store on this particular Saturday.  Observing the roadside snow drifts didn’t do much to uplift my cheer as we meandered through the hills towards the pretty village of Haworth.  In the car was the entire Greenarmy cast, hill runner extraordinaire Max Wainwright himself (asleep in the back of the car), driver Ben Crossley and googlemaps navigator my good-self.  That was as much navigation as I was prepared (or qualified) to do for the rest of the day I can assure you.  Arriving in good time for registration and set-up we made our way to the start line in the main street (note they made us start at the bottom of the steep hill).  Just shy of 400 runners (and probably a handful of hiker-walkers) assembled in the rain and heavily overcast conditions, though light winds and mild temperatures in truth didn’t make it feel too bad at all if I’m honest.

Max had already hooked up Buckley’s Jez Brown and Ben and myself wandered further back on the start line to do some last-minute faffing with our kit.  At around 8.10 we were off and the slow trot up the cobbled hill began.

The course is a 32-mile anti-clockwise loop from / to Haworth over the West Yorks and East Lancs hills taking in sizeable towns of Todmorden and Hebden Bridge.  Total elevation for the course is approx. 5000ft.

Things get interesting and picturesque quickly as we run alongside the vast reservoir at Stanbury.  The terrain is already demanding and within the first few miles everyone is already wet-footed and soaked through.  The slippy rock makes running at any speed difficult but given the number of already steep climbs this became less of an issue and some yomping had already begun.

Ben was finding the terrain much easier underfoot and made light-work of the climbs; he even had time to take some excellent pics.  We found ourselves chalking off the miles efficiently enough, going through the checkpoints and securing a quick biscuit. At roughly the half-way stage we observed some supporters/helpers one of which carrying a sign indicating hotdogs and sure enough around the bend, on top of the moor was Checkpoint 4 with tables laden with hotdogs (and veggie dogs), soup, tea etc.  Very welcome.  At this point mine and Ben’s elation was quickly curtailed, seeing Max, fully clothed and if honest looking somewhat off-colour.  It was obvious his race had finished.  After ensuring he was okay and that his lift back to Haworth was happening, Ben and myself plodded onwards.

We were both moving well and constantly picking up people, taking comfort that we were definitely going the right way.  On one of the faster downhill sections, I had my customary fall and with Ben’s first-aid help managed to bandage my knee up sufficiently.  We lost around 10 mins in doing so.

The most significant elevation is ‘backended’ on this course, with two huge moorland hills, Stoodley Pike being one of them with its ghostly monument poking through the mist and lots of cobbled-road coming in to Hebden climbing up to Heptonstall.  Ben took a shot of whiskey at the check-point just before this, the biggest climb, at roughly 20 miles, me, I went for a cheese and onion pasty.

Both tired now and hearing that the penultimate checkpoint had ran out of water didn’t go down well and Ben, now flagging a tad, demonstrated his resourcefulness in taking water from a trail-side spring.   Replenished and perked up, we tried upping our pace with minute on, minute off running / walking these final very steep climbs.  The most significant snow drifts were evident on these final moors just before re-entering Haworth, knee-deep in places.

A final push, both running well, we made it back to the finish clocking an unremarkable 6hours 48m finishing in joint 167th but it was chalked off and with huge grins we got some refreshment and joined a snoozing Max in the car.

For the record this year’s winning time is an amazing 4hours 33m by Ken Sutor of Cheshire Hash and Buckley’s Jez Brown (who a lot of us know at the club) was a brilliant 8th in 4hours 59m. 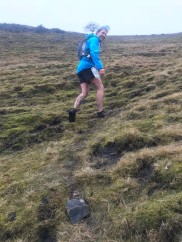 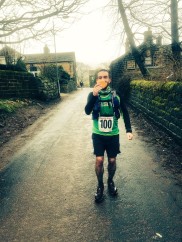 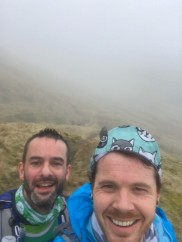 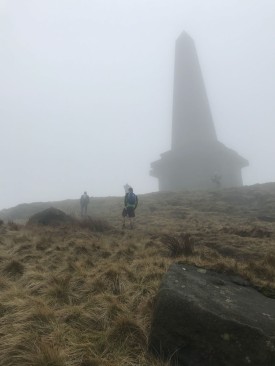 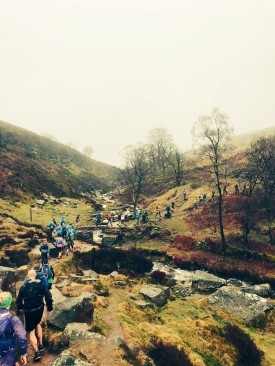 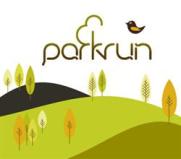 Please find a link to the Saturday parkruns below. Well done to everyone who ran, especially our Bish with a brilliant win at Phoenix Park!

That’s all this week folks, thank you so much for all the brilliant reports, it makes our job a lot easier and gives a bit of variety to the blog each week. Please keep them coming, the email address is helsby-race-reports@outlook.com.