A big thank you to everyone who opted to donate their refund from the 2015 Essar Four Villages Half Marathon to our charity partners.

We’re delighted to announce we’ve been able to donate over £25,000 to local groups involved in the race and our two local hospices, Halton Haven Hospice in Runcorn and the Hospice of the Good Shepherd in Chester. We’ve already had fantastic feedback on the difference this money will make to these organisations. So a big thank you again.

We’re now planning for 2016 and are making some changes to try to ensure the weather doesn’t beat us again. As you may remember, we asked all 2015 entrants if it should be moved to later in the year. Around 1,500 entrants responded and over 70% wanted it to remain in January.

We’re pleased to let you know next year’s race will take place on Sunday 17 January 2016. Entries open 1 October 2015. Check back in September for entry details. We hope to welcome you again to our race in January.

Run for prizes with Helsby!

If you’re at all interested in running and you’re between 16 and 23 we’d love to get you involved in our youth development sessions coming up.

These are friendly sessions for all abilities with some great prizes at the end of it. Prizes are non-competitive — you don’t have to be the fastest to win!

All sessions are led by England Athletics qualified running leaders who are members of Helsby running club. Please contact Jane Ashbrook on 07900697303 or at janeashbrookphysio@gmail.com  or runners@helsbyrunningclub.org.uk for further information. 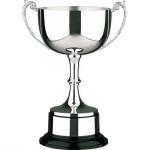 Download the complete list of club champions since 1980 — men’s, women’s, road, fell, xc, Border’s League as well as summer and winter handicap winners and winners of the Joe Beswick trophy for services to the club.

I’ve added a new page to the menu on the left, but for anyone who might not see it there, I’ve put it up as a news story too. Let me know if you have any missing information (eg names for the summer handicap winners for 2009 and 2011).

Pardon the interruption — we’ve just heard this morning that our grinning off-road specialist Jayne Joy has been picked for an England vest!

More details when we have them but everyone from Helsby couldn’t be happier. A great supporter of the club, an unassuming winner with great spirit — Jayne is always just as interested in what happens to us donkeys at the gruntier end of the field as the thoroughbreds at the front. Well done!

The picture shows her in typical form, happy but grafting hard, from last week’s inter-counties fell championships where she came in first Cheshire and 6th overall against top opposition. Anyone new to the club might be surprised to learn that she only started running around 3 years ago. Go Jayne.

For the first time in our 32 year history we had to cancel our January Half Marathon because of treacherous snow and ice conditions. Many of our suppliers were incredibly generous in waiving their fees with just 24 hours notice of the cancellation, for which we thank them. Just as significant though were the individual small acts of kindness of our runners who chose to donate their refunds to charity.

Particular mention to our headline sponsor Essar, for their continued support for the race that never was — great to rely on them in these changing times.

With some swift programming from fabian4 we were able to offer automated refunds for participants (after costs for things like traffic closures, race numbers, chips, etc) …but we also gave our runners the option to donate their entry fees, which they did overwhelmingly by two to one!

What all this adds up to is that we were able to make our usual contributions to the community groups that normally help us out on the day and make two very significant donations to our bigger causes — the Hospice of the Good Shepherd in Backford, Chester and Halton Haven, Runcorn — both providing incredible support to people with some serious health problems. Many of us in the club have been touched by the services they offer whether directly to loved ones or further afield to friends, neighbours, etc.

The two major donations of just over £10,100 each should make things easier for the two hospice organisations for a short time at least. Both hospices rely on donations to keep the doors open and it is a continuing challenge just to keep running, so were very pleased to be able to do our little bit. Rather than just post a cheque we decided to get a run in anyway and deliver the two cheques by hand…

So it was that we met in Backford early on Sunday morning, 2 June. The cheque handed over and a lovely reception from the staff there and we set off into the sunshine, stopping off at the club some 8 miles later to pick up a couple more recruits and refresh with juice and jelly babies. We continued on familiar ground through Frodsham and out the other side towards Runcorn, with just a final miserable hill at 13 miles between ourselves and our final destination at Halton Haven …they all seem big after 2 hours running! Thanks to the 20 or so club stalwarts for turning out on Sunday morning for the Hospice Half, and for our drivers, photographers and juice providers. 14.6 miles all in, so a Long Half really!

Many thanks again to our suppliers, our race entrants and our supporters for making it possible and for the two hospices for looking after us so well. If you’re looking to do a bit of fundraising yourself we can’t think of a finer cause.

The race was cancelled because of the weather and you should have had email updates. We still have a few reduced T-shirts for sale and commemorative finisher’s mugs for anyone that wants to collect or cover the postage.

One of our goals has always been to support local community groups and charities. Many runners have been in touch to ask that their money be donated to charity. Thank you!  We’ll be back!

The refund window has now closed.

The club is helping to promote a downhill run from Helsby Hill to the High School, as part of the village’s Jubilee celebrations.

If the annual downhill run in Frodsham is anything to go by, these events are a lot of fun and bring in loads of people outside the normal running crowd. Especially popular with families and kids. Part of the wider celebrations in the village.

And since it’s all downhill, it shouldn’t be too taxing! Please spread the word and download the Jubilee_Hillrun poster.

If you don’t want to run it, we can always use a bit of extra help on the day.

Quick reminder: the summer 2012 road and fell series are listed in the links over there on the right, together with the long trail series. Usual rules, complete enough of the series and collect points based on your position to be eligible for a prize. Separate standings for men, women and old folks.

Thanks to all our marshalls, volunteers, runners and spectators. Another brilliant event!

Some tough running conditions saw a Tipton Harriers 1-2 in the Helsby Four Villages Half Marathon this weekend. Martin Williams lead home the field in 1:08:32, with 89 seconds in hand over team mate Ben Gamble, who improved on two 4ths and two 3rds in consecutive previous years (albeit in a slower time, giving some idea of the conditions). Christian Prior, City of Chester Triathlon, completing the podium and first from a local club, a further 28 seconds behind.

This was the 31st edition of a highly regarded opener to many people’s season. The first race was established as a local answer to the first London Marathon. Both events draw an incredibly loyal and friendly crowd, with the Four Villages ever popular with north west club runners as well as attracting high quality club entrants from further afield, together with a healthy cohort of civilians.

In the women’s race local Gemma Connolly was first home in 1:21:05, improving on last year’s 4th, followed by Belgrave’s Louise Blizzard just 4 places behind and first F40, getting closer to a PB time set 8 years ago. Completing the trio another travelling runner, this time from the East Midlands, Nicki Nealin of Huncote Harriers (another strong F40).

The strong and blustery winds and an exposed course, meant that the course record was never under threat. Nevertheless further down the field were numerous PBs — including Adair Broughton first from host club Helsby RC in 24th with 1:17:49 — on what’s never an easy course. The steady climbing from mile 7 to 10 normally finds out any weakness in legs nearing their limit.

Despite the unpredictable wind, the weather gave us a good temperatures for running and a massive improvement on some forecasts. A personal highlight was seeing clubmate Dave Feakes get a pretty respectable PB on his 50th birthday. A great race, that always gets good feedback. Here’s to the next one!

Results and event video over on the main site at http://www.helsbyrunningclub.org.uk/

Described as an accurately measured 5 mile out and back course, oh, with a random bit through a caravan park,   14 Helsby runners started and finished the race with some strong performances thrown in, including a 5 mile PB for Adrian, well done. Age category highlights included podium finishes for Jane Ashbrook with 3rd, Vanessa in 3rd, Albert in 2nd and Robbie in 3rd.

Helsby positions and times listed below

Helsby ladies should also be congratulated for finishing in first position on the day in Division two, with some more races left to run they can now provide a strong challenge for promotion. Helsby men consolidated their position in mid table of Division Two on the day.

Helsby ladies also finished in 2nd place in the improvers trophy table so shows what a great year they are having.

The link below should also take you to the handicap rankings, which is a great way of seeing what your current form is and if you are improving.

Sadly, and rather remiss of me, I’ve missed sending this on previous results and so I should mention that on two previous races in this current Border League series we have had two Helsby ladies win the handicap rankings. Betty won the Prestatyn race 1 and Vanessa won at Birkenhead Park race 2. These are great performances which should have been noted previously. (Sorry!)